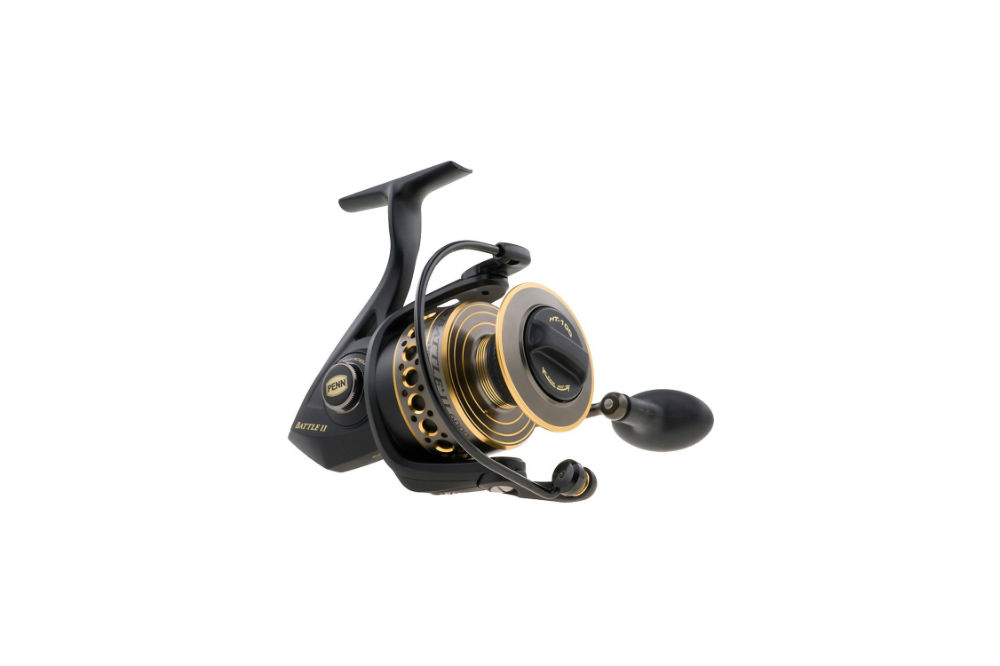 For those fishing lovers who need an elegant yet tough spinning reel, the Battle II spinning reel by Penn is right choice. Meticulously designed to handle all you need in a reel, this product is most talked about these days among fishing lovers.

Along with its sleek looks, the spinning reel has a unique feature that gives it edge over its competitors; the instrument’s spool Penn’s HT-100 Versa Drag washers which lets both sides of each drag washer to be used. This exclusive feature also gives higher max drags, more range, and smoother startups.

Features of the Battle II spinning reel by Penn

Some limitations of Battle II spinning reel by Penn

It is hard to find anything in Battle II spinning reel by Penn that can be termed as bad. Thus, as far as the limitation of this reel is concerned, some users feel that the instrument is a little heavier than other reels available in this range.

However, according to most  users, its weight is perfect. The weight factor is variable according to the individual’s opinion. Others have complained of the unit locking up on them, regardless of how well lubricated and maintained they kept it.

Another said that the clicker spring under the spool came undone, and all the parts were lost. Most of these user problems have resulted in the loss of the fish being reeled in. A big disappointment for these anglers.

The latest fishing reel from Penn, the Battle II spinning reel is a true leader. It remains unsurpassed with its competitors in every aspect, performance, handling, its cleaning and maintenance. Many users like the feel when reeling in large fish, saying that it adds to the chase.

The Battle II spinning reel by Penn is the first choice among many fishing lovers. However, there is competition present in the market that is also attracting buyers because of the extraordinary prices and features.

Two other spinning reels that have managed to catch the attention of buyers are the KastKing Summer fishing reel and KastKing Mela spinning reel. This is because of these models are extremely price attractive. Performance wise, these reels are not a bad choice; both are light in weight and have smooth, yet powerful spinning capabilities.

The KastKing Summer spinning reel too has great looks and it is very light in weight due to its narrow graphite frame design and computer balancing system. It has nine bearings and has one instant stop one-way anti-reverse bearing. This factor makes this instrument a stunning performer.

KastKing Mela spinning reel and the Summer spinning reel, are both strong contenders when compared to the [easyazon_link identifier=”B00LDYJ18O” locale=”US” tag=”reelsaltwaterfishing-20″]Battle II spinning wheel by Penn[/easyazon_link] with their added features. However, the metallic body assembled with methodically designed and placed rotor, plates and bearings make the Battle II spinning reel stand apart from two of them.  The product is complete value for money and will last longer. With this product Penn has given its best.